Fiona Molloy, who hit the Irish team horse jackpot with the first foal she bred, is next to answer Susan Finnerty’s questions 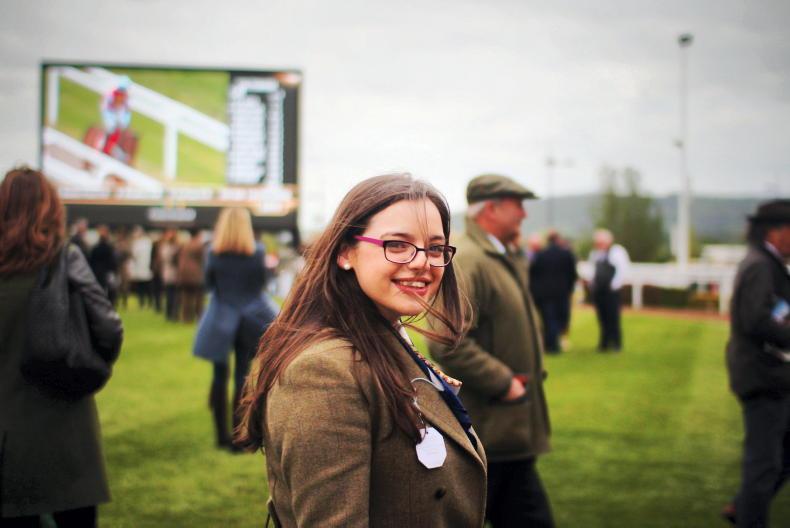 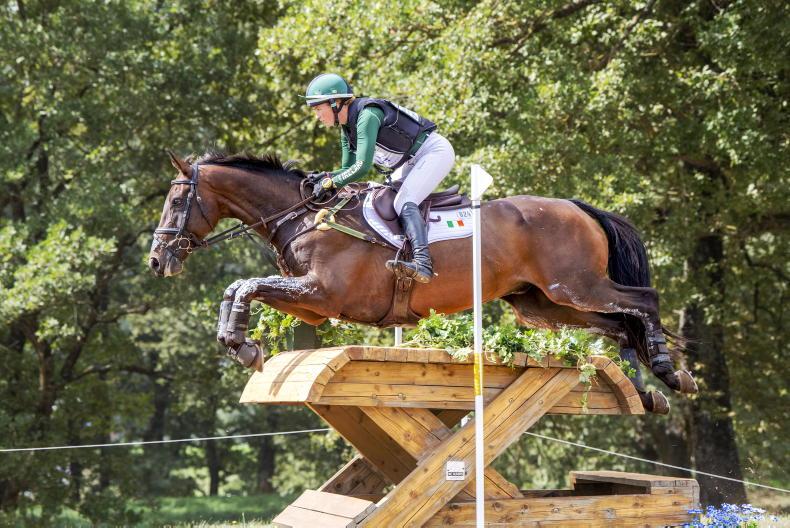 I’M originally from Ballykilmurray, just outside Tullamore, Co Offaly but am now based in Warwick in the UK. Here I run my marketing consultancy, FiMarketing, which supports businesses in sourcing and retaining new clients for growth.

Though I don’t currently have any horses of my own, I’m fortunate to have a number of equine clients which keeps me connected to the industry.

I had one broodmare, Eskerhills Lexis, that was retired from competition due to injury in 2011 and bred just three foals, the first of which is Monbeg By Design (formerly Eskerhills Elixir).

1. Congratulations on breeding Monbeg By Design (Pacino – Eskerhills Lexis, by Puissance) selected with Susie Berry for the Irish team at the world eventing championships in Pratoni del Vivaro. Your proudest moment as a breeder?

Thank you. Yes, an absolute highlight - and dream come true. To see my name as a breeder for a Team Ireland horse is something I had always hoped would be possible but breeder life hasn’t been smooth sailing, so I wasn’t sure if it would happen.

I was lucky enough to be in Pratoni to watch in person. It was a last-minute trip when I saw that they had been picked, the logistics weren’t ideal but to have been able to watch them both in person was incredible.

Plus, it gave me the chance to meet owners Nick and Helen Caton and Susie and her team. I was quite overwhelmed with the excitement, more than a few tears were shed!

I loved that my friends and family were able to follow online; my parents Mary and Joe watched in Offaly, my sister Orla and her husband Brian in Sydney and my other half, Dan, followed from Warwick. It was special that they could share the experience digitally with me through ClipMyHorse and to receive so many messages of support from friends that were following! 3. Tell us about breeding Monbeg By Design.

I kept my horses with Brian and Conor Sheridan in Brosna View Stables, Clara. As a teenager, I was there or at shows more than I was at home. I bought Lexis, bred by Teresa Walsh, when I was 16 and as we began breaking her, we could see that she was full of potential.

She challenged us all at times but she was always forgiven as she was scopey, well-balanced and brave. She would have made a great eventer but that wasn’t my world!

Conor competed her up to 1.30m but she was retired due to injury in 2011. I’m not from a horsey family and breeding was new - I did some Teagasc courses so I could learn as much as possible. It was a great way to meet other breeders and hear of their experiences.

For Lexis’ first foal, I chose Pacino - something I was a little nervous of as he was young, but it was exactly the right thing.

4. Any particular plan or simply a Pacino fan?

When I was in University, I also worked at the pocket at Cavan Equestrian Centre. There I saw Clem McMahon jumping Pacino as a young horse and I thought he was incredible. Lexis was quite a small mare so I knew that I wanted to select a stallion with height to help counteract her stature.

He was also so scopey and had a presence that turned heads which I felt would complement Lexis’ positive traits also.

I had considered Diamant De Semily - but I was a student, so budget was also a factor! I decided that the best thing was to take a chance on a younger stallion with a great pedigree. When I saw Pacino jump a double clear in the Aga Khan when my foal was just a few weeks old, I was pretty pleased with my choice.

5. Do you have any Monbeg By Design relatives?

Unfortunately not. I lost Lexis in-foal in October 2015 to atypical myopathy, my heart was broken. It was a shock and really upset me. I had moved to the UK for work a few months before so it was quite easy to put up a wall and not ride or get too attached to individual horses.

Eskerhills Oracle show jumped briefly but, due to injury, was put in foal; we lost her on St Stephen’s Day last year.

I think to breed horses you need a good plan, resilience and quite a bit of luck and it seemed that luck was in short supply. It is easy to get disheartened when there are setbacks and sadness.

You never know when things will pick up as I am experiencing now with Monbeg By Design so I’m going to enjoy his journey and be proud of the first one I bred, rather than carrying regret for the ones that didn’t get to be.

6. What are your favourite bloodlines?

This is a difficult one - I change my mind often! I think that athletic horses with a good attitude can go on to do great things. The bloodlines to create these horses depend on the individual mare and stallion! Is that too much of a cop out?

7. How do you think sport horse breeding has changed in recent years?

I think that the evolution of the digital space is a huge positive for breeders. It not only creates an opportunity to access information but also to new markets for both buying and selling.

If I was breeding now, I would be striving to produce foals that there is a demand for at home and abroad. If there isn’t time to do lots of research into ideal bloodlines, looking at the breeding of the top prices at the sales can be a good way of narrowing the search.

8. If you could have bred any horse in history?

To have bred a horse like Nimmerdor would have been amazing. He competed to a top level and passed so much onto his progeny, creating solid foundations for other performance lines like Heartbreaker. To have a successful stallion allows you to influence the future of an industry!

9. Best advice you were given?

Set out your aims for breeding, it can’t be left to chance and then take a long (critical) look at your mare to make sure she matches. I heard this more than once from experienced breeders!

10. Your favourite event of the equine calendar?

There are wonderful events globally throughout the year but the Dublin Horse Show is such a great chance to enjoy competition and to catch up with friends from all corners of the industry. I didn’t make it back this year but won’t be missing another!