Just one final step...
You must confirm your email address by clicking on the link we’ve sent to your email address.
You are only one short step away from reading 5 free Field+ articles.
Betfair and Paddy Power merger plan revealed

SHARES in Paddy Power and Betfair surged by around 15% each on Wednesday morning as news broke of a proposed merger between the two betting giants.

If the deal is concluded, Paddy Power shareholders would own a 52% stake in the newly-formed Paddy Power Betfair Group. The merger would see the new entity have a revenue of over £1 billion.

Betfair chief executive Breon Corcoran, formerly of Paddy Power, said: "The proposed merger with Paddy Power is hugely exciting. It would create a truly global sports betting group with unmatched products and talent, and significantly enhanced scale. The combined business would be one of the world’s largest online sports betting operators, with revenues totalling more than £1 billion."

As with the recent Ladbrokes and Coral deal, the merger is subject to receiving approval from the competition authorities.

Paddy Power's main figures for the first six months of 2015 include:

*Net revenue up 25% with strong double digit growth across all Online and Retail divisions;

*Online Australia: Sportsbet is now the largest online brand in Australia, driven by accelerated market share growth with sportsbook net revenue up 46% to €151m and stakes up 37%. Operating profit increased 69% to €38.8m;

*Substantial operational improvements in Italy, where net revenue grew by 24%, and operating costs fell by 19%. Operating loss reduced by €4.2m to €4.7m;

*Mobile net revenue accounted for 67% of online revenue, with 78% of active customers transacting via mobile.

*UK Retail net revenue up 21% (9% like-for-like). Operating profit up 3% to €12.0m despite €2m of additional Machine Gaming Duty and the negative impact of new machine regulation. Estate now 336 shops with a net 13 units opened in the period;

*Full year 2015 reported operating profit expected to be ahead of 2014 and the consensus market forecast.

We have made substantial progress implementing the strategy we set out in March, with further payback to come from new mobile product releases, refreshed marketing campaigns and efficiency gains. We now expect full year 2015 reported operating profit to be a mid to high single digit percentage above 2014 and the consensus market forecast.”

Mobile revenues are up 57% and 75% of UK customers now use this platform. CEO Breon Corcoran stated: "Double-digit revenue growth against the period containing the World Cup last year is particularly encouraging and was ahead of our expectations. Betfair has continued to attract and retain customers through investment in our products, attractive pricing and market-leading promotions."

More on this story to follow later today. Full details in The Irish Field on Saturday. Online from 9.30pm Friday 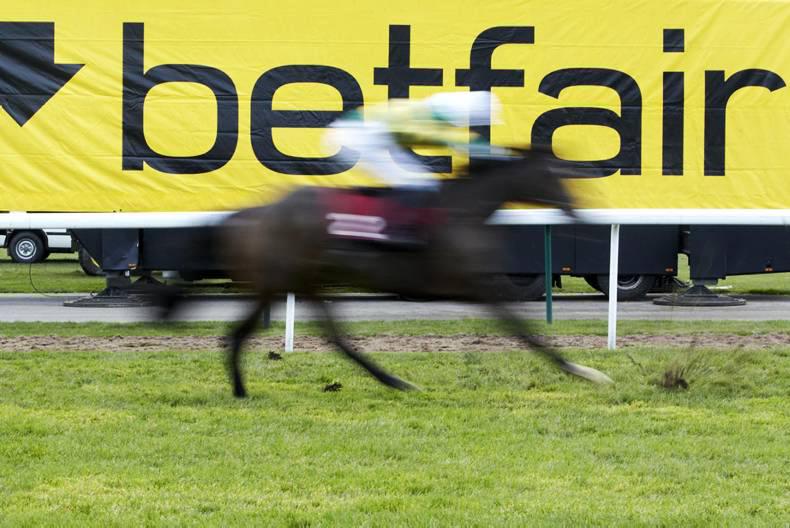