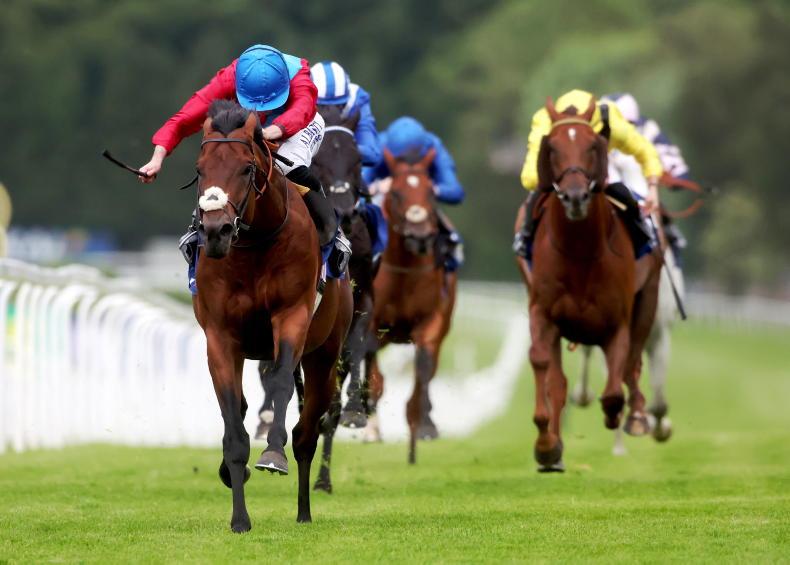 Bay Bridge has been added to the Irish Champion Stakes entries at a cost of €20,000 \ Healy Racing

THERE was a boost for the Irish Champion Stakes this week when Bay Bridge and Onesto were both given second entries for the 10-furlong contest, while there were a number of interesting additions among the other Irish Champions Weekend Group 1s.

Second entries for the Irish Champion Stakes cost owners €20,000 and so are not made lightly.

Bay Bridge has contested the two top 10-furlong races in Britain so far this year, finishing second to State Of Rest in the Prince Of Wales’s Stakes and then fifth to Vadeni in the Eclipse.

He is likely to meet Vadeni again at Leopardstown, with connections of that colt pinpointing the race as his ultimate target.

He could now be joined by his compatriot Onesto. Fabrice Chappet’s colt suffered a luckless passage when fifth to Vadeni in the Prix du Jockey Club but has since won the Grand Prix de Paris.

Adayar was an initial entry in the race but has yet to race this season. However, Charlie Appleby issued a positive bulletin on the colt’s progress this week and earmarked a trip to Leopardstown as a possibility for the Derby winner, if he can get a prep run in before.

Four Japanese-trained entries have stood their ground at the latest forfeit stage, including the triple Group 1 winner Titleholder.

The Irish St Leger was nominated by trainer Aidan O’Brien as the next target for the season’s star stayer Kyprios.

He could also be joined now by the Derby runner-up Hoo Ya Mal and the Ger Lyons-trained Camorra, both of whose connections paid a second entry fee of €12,500 on Wednesday.

Hoo Ya Mal was bought for £1.2 million by a syndicate led by Australian trainer Gai Waterhouse at the Goffs London Sale. His ultimate target is the Melbourne Cup but he has been left in training in Britain, moving from Andrew Balding’s yard to George Boughey’s, and finished third in the Gordon Stakes at Goodwood this week.

Donnacha O’Brien’s Proud And Regal has been added to the list of entries for the Vincent O’Brien National Stakes, following his success in the Group 3 Tyros Stakes.

Charlie Appleby has won three of the last four renewals of this Group 1 event and Naval Power, so impressive in winning the Pat Eddery Stakes at Ascot last Saturday, is among three entries for the Godolphin trainer.

Gavin Cromwell’s Queen Maedbh was an interesting addition to the entries for the Moyglare Stud Stakes, having finished second in an auction maiden on her sole start. She is owned by Syndicates.Racing.

Mitbaahy was the only second entry for the Flying Five Stakes, which means that there are more British entries (18) for that race than there are home entries. 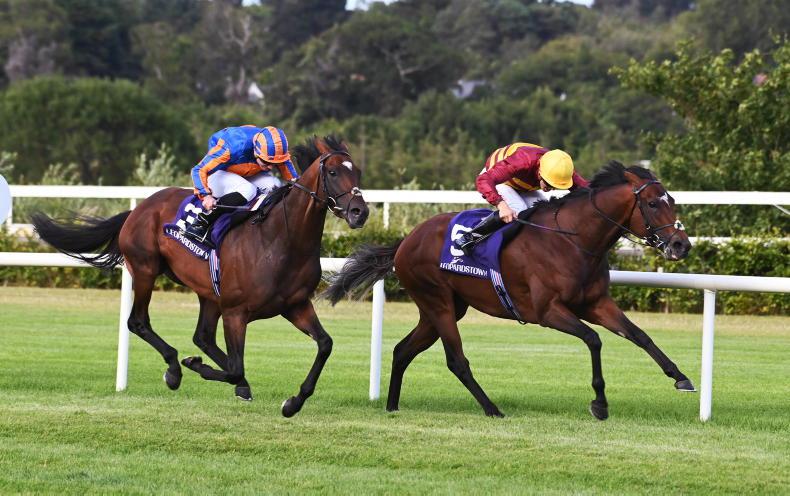 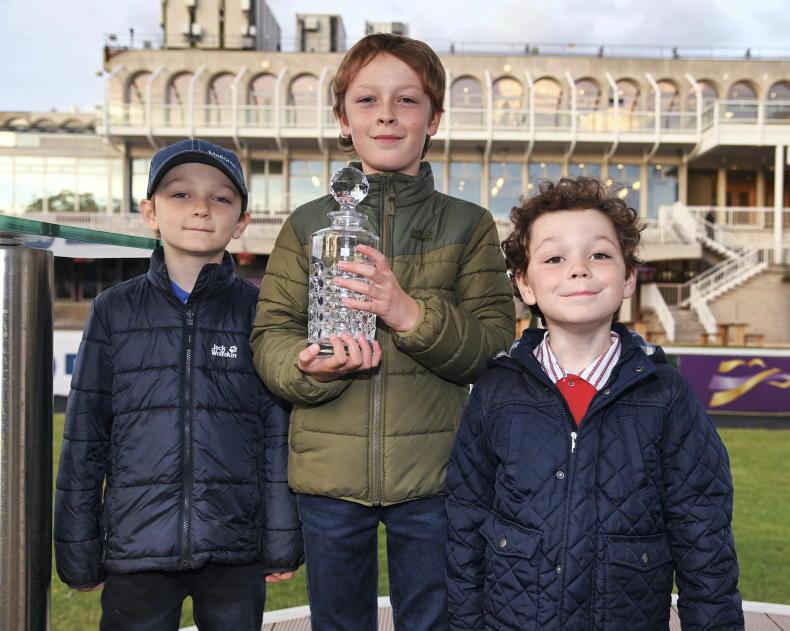 Anne Marie Duff
PHOTOS OF THE WEEK: Winners of the week
Photos from the week's racing action in Leopardstown and Sligo from Healy Racing and Caroline Norris 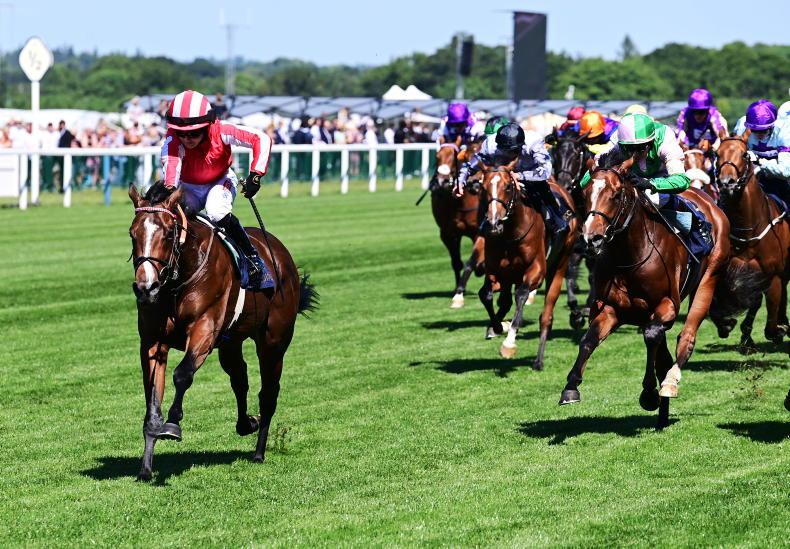 Ronan Groome
RACING CENTRAL: Rise up for the Phoenix, this one is red hot
Ronan Groome sets the scene ahead of an excellent renewal of the Group 1 Keeneland Phoenix Stakes at the Curragh 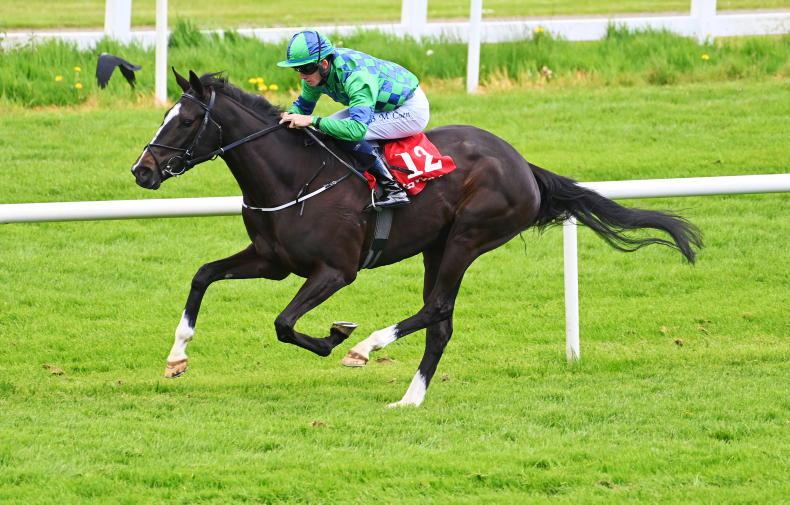