Title: BAHRAIN: Godolphin raider gets up in feature race 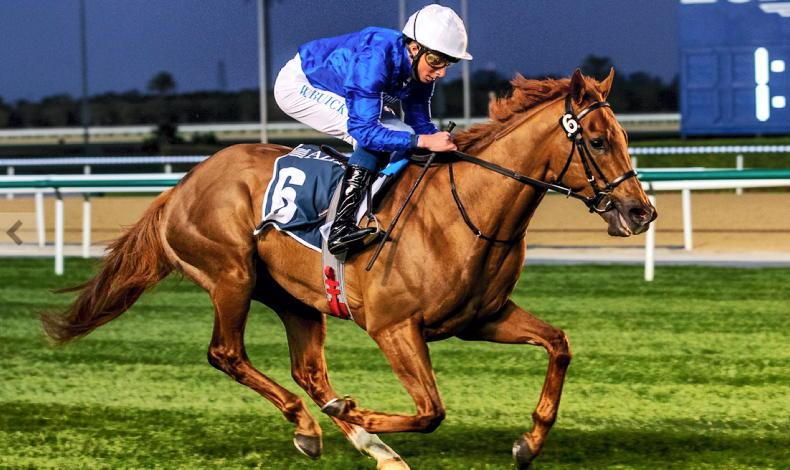 GODOLPHIN’S Silent Film came out best in a three-way photo finish for the Al Sakhir Cup over seven furlongs at Sakhir in Bahrain yesterday [Friday].

Ridden by James Doyle for trainer Charlie Appleby, the recent Meydan winner Silent Film (four-year-old by New Approach) got up close home to beat the locally trained Shebil Aljazira by a head. The Charlie Hills-trained King’s Knight, ridden by Saffie Osborne, was just a neck away in third.

That race had a first-place purse of over £30,000, as did the 10-furlong Vision 2030 Cup, which was won by the locally trained Zagato, ridden by Kildare-born jockey Neil Callan.

A four-year-old gelding by Frankel out of Izzi Top, Zagato was an 85-rated handicapper for John and Thady Gosden last season before being sold for just 55,000gns at Tattersalls.

Now trained by Hesham Al Haddad, Zagato had been placed on both his previous starts this winter in Bahrain prior to winning yesterday’s race by over six lengths.

The William Jarvis-trained Arqoob finished third under David Egan, while Godolphin’s Tamborrada could only manage sixth of the 10 runners.