Just one final step...
You must confirm your email address by clicking on the link we’ve sent to your email address.
You are only one short step away from reading 5 free Field+ articles.
Bachasson lands feature before racing is suspended

Bachasson bounced back to winning ways in the feature event on what proved to be the final day’s racing in Ireland for at least several weeks at Clonmel on Tuesday.

While racing in Britain was suspended until the end of April at the earliest last week, the sport has continued to take place behind closed doors in Ireland, albeit with strict protocols in places.

However, the Irish Government has now cancelled all sporting events, including those without spectators, initially until the middle of next month due to the coronavirus pandemic.

Making his first appearance over fences since falling in the 2018 Cheltenham Gold Cup, the Willie Mullins-trained Bachasson was the 4/6 favourite for the BoyleSports App Chase off the back of a sixth-placed finish in the Coral Cup at Cheltenham a fortnight ago.

Always in control on the front end under Paul Townend, the bold-jumping grey shook off the attentions of Death Duty from the home turn, with a couple of typically slick leaps at the final two obstacles sealing an emphatic 12-length victory.

Mullins was claiming the two-and-a-half-mile contest for the third year in succession following the recent triumphs of Koshari and subsequent Thyestes Chase hero Acapella Bourgeois respectively.

Townend said: “He had the rating to do that and Death Duty didn’t seem to fire. He lined up in a Gold Cup a couple of years ago, although it’s a long way from there now.

“His jumping was very good. He makes lengths everywhere and is a real quick jumper, which is a help. I didn’t interfere with him and let him do it. He jumped well out of the ground and it’s not as deep as the hurdle course.” 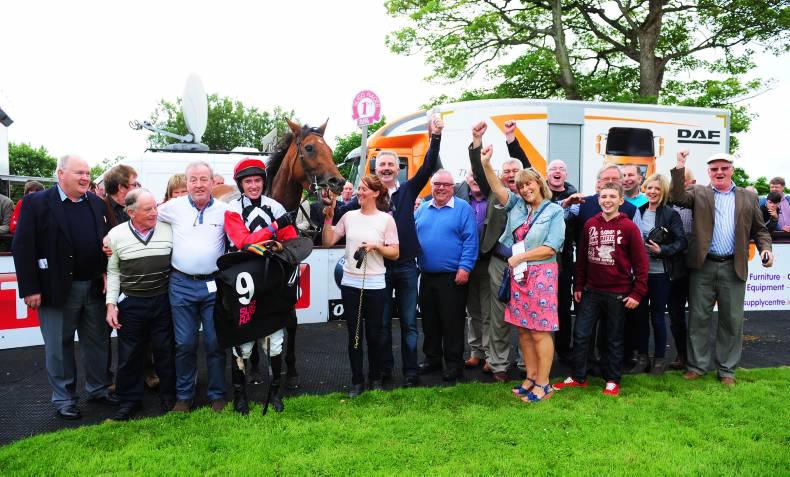