Just one final step...
You must confirm your email address by clicking on the link we’ve sent to your email address.
You are only one short step away from reading 5 free Field+ articles.
Ascot beckons for Masar after 'acid-test' Newmarket gallop

Ascot beckons for Masar after 'acid-test' Newmarket gallop
By Irish Field Contributor on 08 June 2019
Godolphin's son of New Approach has been off the track since landing the Investec Derby at Epsom 12 months ago. Appleby also had an update on jockey William Buick

CHARLIE Appleby will make a decision next week on the Royal Ascot target for Masar after he stepped up his preparations with a racecourse gallop at Newmarket.

Last year’s Investec Derby winner has not run since his Epsom heroics, with a leg injury suffered before an intended outing in the Coral-Eclipse keeping him on the sidelines.

Appleby said: “He has done plenty of conditioning work, and this was the first time he has been asked the question. He galloped out well there.

“Physically he has done great. He is a man now and he looks great. He has done everything asked of him, and today was the acid test.

“I was pleased with the way he travelled into the gallop and he picked up well. He has just had a nice, healthy blow – and that will have sharpened him up mentally.”

Looking to Ascot, Appleby said: “He has been off the track more than a year, and that just puts him right. He is in the Hardwicke as well as the Prince of Wales’s, and the question will be answered next week – firstly how he comes out of this, and then his next bit of work on Wednesday.

“That piece of work will be the deciding factor – whether we head for the Prince of Wales’s or the Hardwicke. As a mile-and-a-half classic winner dropping back to a mile and a quarter is always good for the page and as we saw in the Craven, he doesn’t lack pace.”

Definitely booked for the Hardwicke is stablemate Ghaiyyath, who at one stage was a leading contender for Derby honours himself 12 months ago.

Appleby said: “He worked this morning, and we were pleased with him. We have been saying we can’t wait to step him up to a mile and a half, and this is that chance. He is in good order and heads to the Hardwicke.”

Appleby also had an encouraging update on Derby-winning rider William Buick, who has been out of action since a meeting at Ascot on May 11th – when he had a fall going to post in one race on the card but also rode a winner. He gave up his rides in France the following day.

The trainer said: “William was in the yard this morning and watched the work. He is back in training now, but he has not given us a date when he is coming back.

“I’ve just told him, ‘tell us when you are ready to come back’. When you have a world-class jockey like that you don’t want him on the sidelines and you want him back. He has started training on a daily basis, and he looked great this morning.

“He is slightly frustrated watching these horses work and not being able to ride them.

“I’m very fortunate to have James Doyle. They work well and are great friends and a great team. Will has given James all the information he can on the likes of Blue Point and Cross Counter, because James will be riding these horses at Ascot.

“Will is getting frustrated that he is on the sidelines. But it is a long season ahead – and while Royal Ascot is important, Will is not going to turn up not being 100 per cent, being the professional he is.” 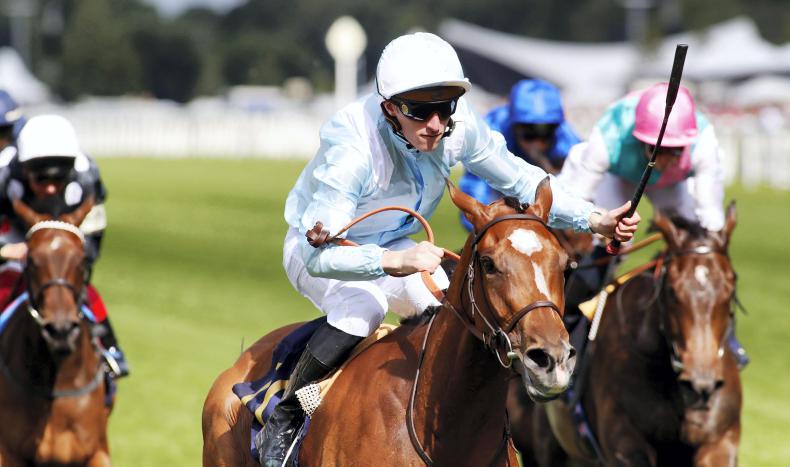 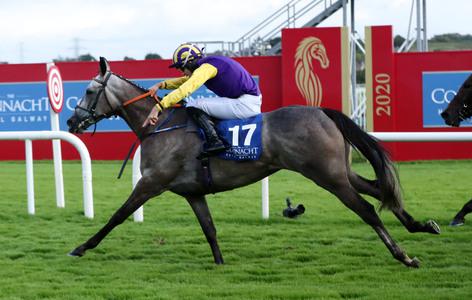 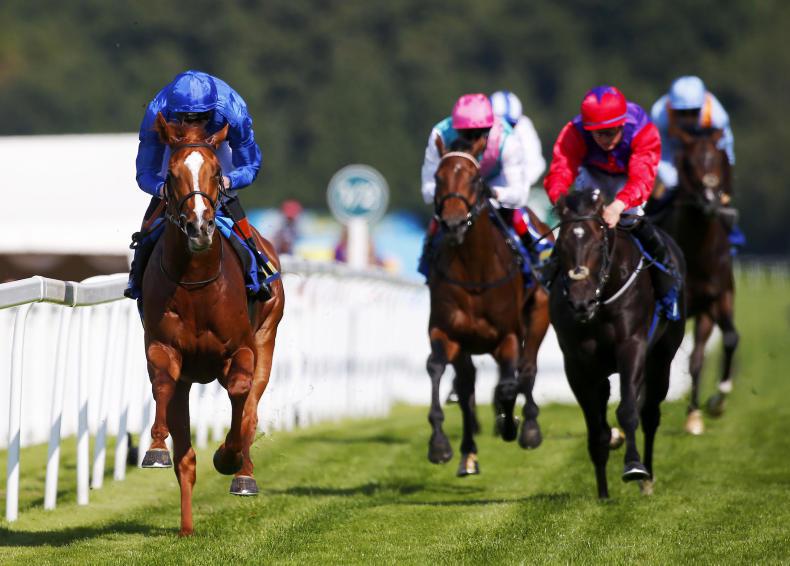 International Racing
BRITAIN: Derby on the horizon for classy Masar
By Ian Carnaby on 06 September 2017
More in International Racing
Racing Field +
GOODWOOD THURSDAY: Supremacy another two-year-old star for Cox
Racing Field +
GOODWOOD THURSDAY: Blue a British first for Donnacha
Racing Field +
GERMANY: 'Class and courage' win the Preis for Barney
Classifieds
Place ad
Get full unlimited access to our content and archive.
Subscribe to The Irish Field
Unlimited access to The Irish Field via your computer, mobile device, tablet or newspaper delivered to your door.
Subscribe now +
Already a subscriber? Sign in