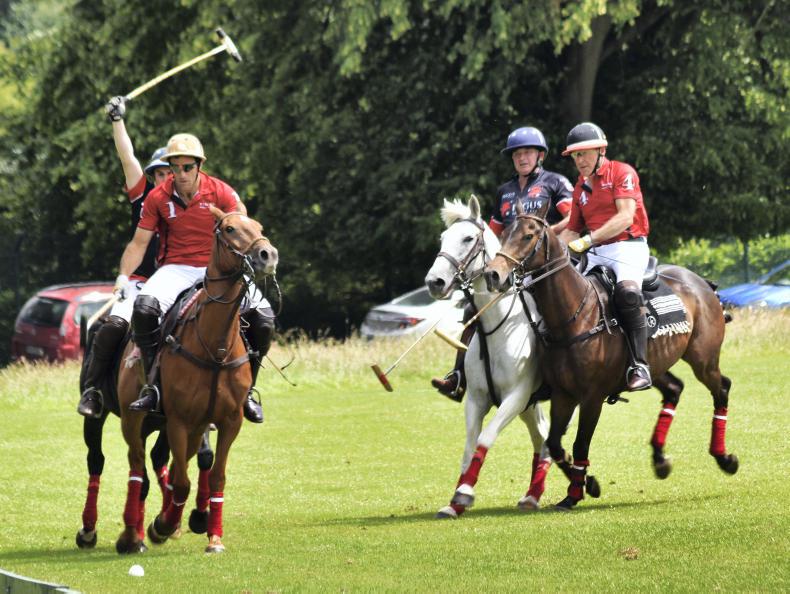 Johnny Hearne takes the ball for Tyrone with David J Stone close behind, while David Stone blocks Tyrone's Eamonn Laverty from the line at the All Ireland Polo Championships quarter-final

One of only two teams to enter the tournament under the traditional county title and colours, Tyrone were in the lead by the end of the tournament based on a points system of two for a win and one for a draw.