Title: AROUND THE COUNTRY: Gracie stars at QIPCO Champions Day 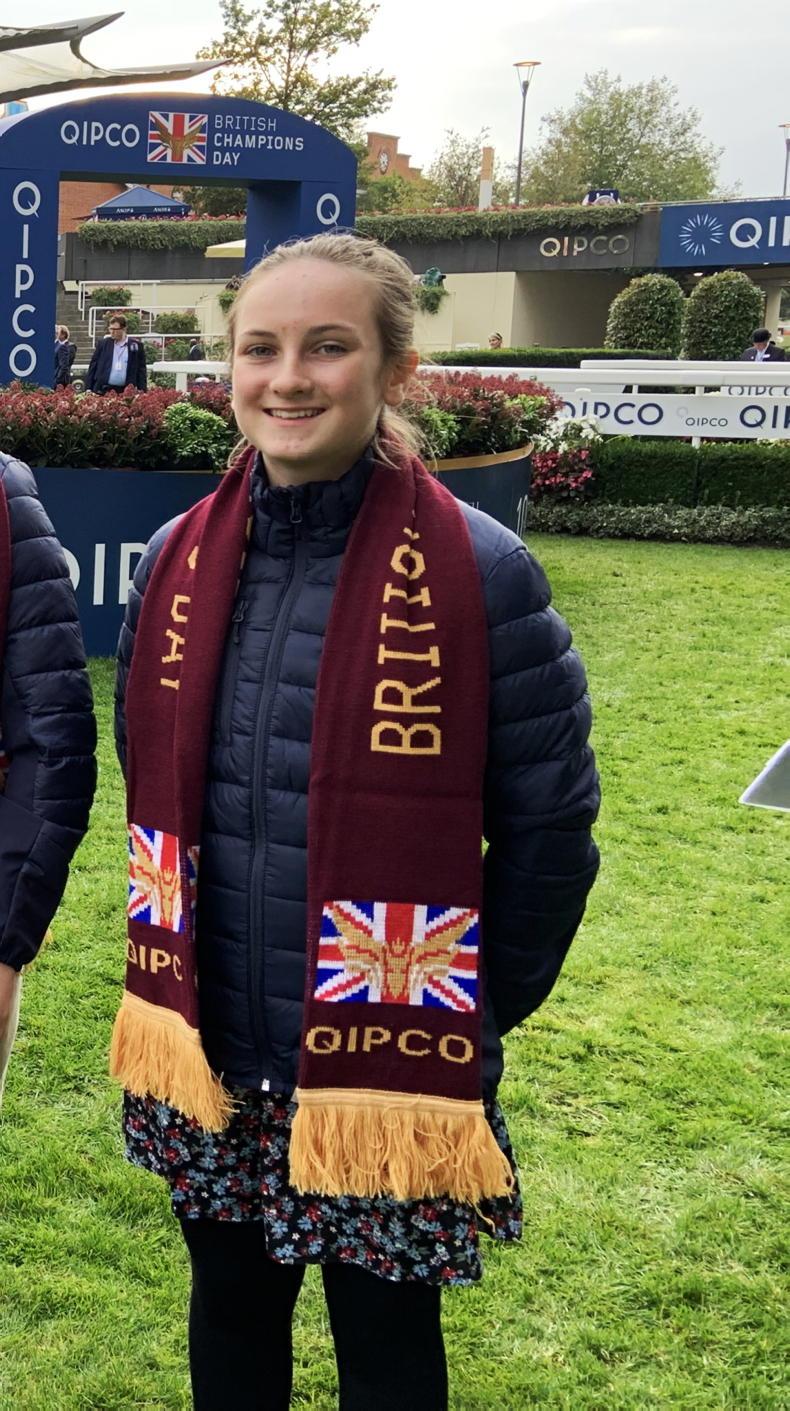 Gracie Thompson-Logan, a member of the Route Hunt Branch of The Pony Club, pictured at QIPCO British Champions Day at Ascot \ Susi Thompson-Logan 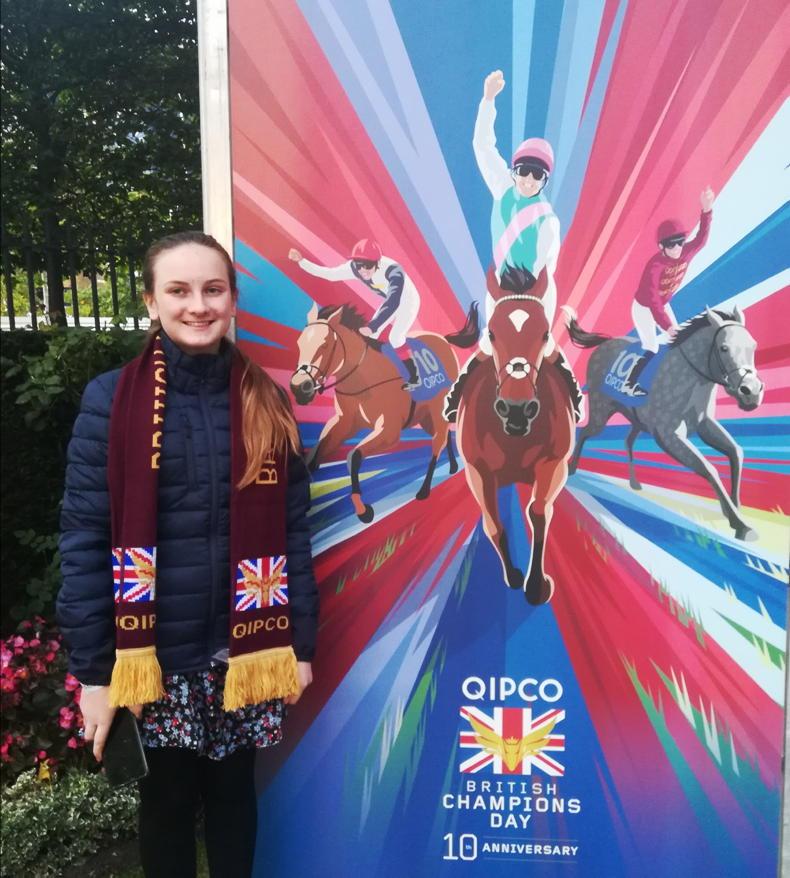 Gracie Thompson-Logan, one of three winners of The Pony Club competition to make the presentation for the Balmoral Handicap to treble-winning jockey Jim Crowley for his win at the William Haggas-trained Aldaary, owned by Shadwell
Previous Next

GRACIE Thompson-Logan, a member of the Route Hunt Branch of The Pony Club, thought she was going to have to choose between attending the local point-to-point at Portrush on Saturday or taking part in the inter-schools show jumping at The Meadows.

As it transpired, she did neither as the 12-year-old was at the QIPCO British Champions Day at Ascot racecourse where she was one of three members of The Pony Club to make a presentation following the final race, the Balmoral Handicap. The mile race was won by the William Haggas-trained, Shadwell Estate-owned Aldaary, and afterwards Gracie presented his prize to jockey Jim Crowley who was bringing up a treble.