Title: AROUND THE COUNTRY: Competitors flock to sun-drenched Tyrella 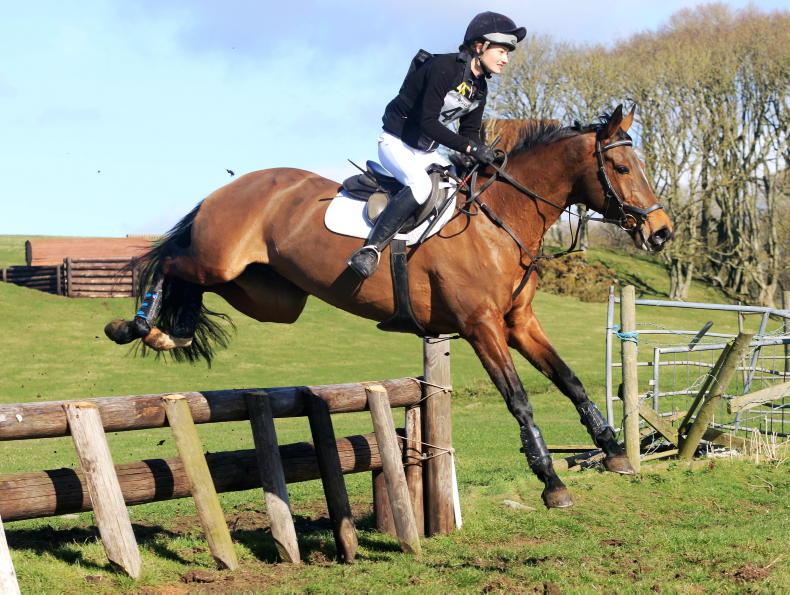 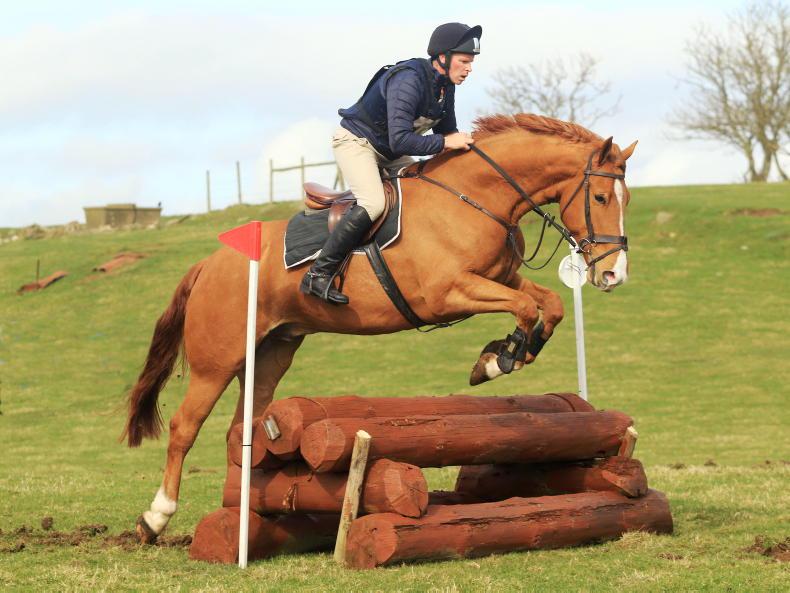 THE weather gods were very much onside at the Corbett family’s wonderful seaside estate of Tyrella last Saturday as the rain held off until the last rider came through the finishing flags on the cross-country course.

It was a long day for the organisers, officials and volunteers who were on duty for this annual two-phase event run by the Northern Region of Eventing Ireland so they had little time to admire the sun-drenched views across Dundrum Bay to the Mournes.

However, they were able take a short break to avail of the hospitality provided by Dawn Carlisle and Patricia McGreevy and to tuck into the donuts presented by Paul and Tina O’Connor. Aaron McCusker and Adam Stevenson, who, respectively, had built the show jumping tracks and cross-country courses during the recent flexi-eventing season at The Meadows, took on the same roles on Saturday when all the action took place on the Ballykinlar side of the avenue down to the sea.

The first few fixed fences took competitors through the twists and undulations of the sand dunes before they were able to quicken over the remainder of the course. Action commenced at 1m level with those keen to test their mounts at EI Novice speed across the country going in Class 1.

The top five all completed within the time allowed with the nearest under the optimum being Hannah Morrow riding her mother Jane’s traditionally bred Irish Sport Horse mare, My Good Thyne Girl (4m 23secs). Morrow and the 12-year-old Yeats bay, who was bred in Co Wicklow by Joan Rothwell out of the once-raced thoroughbred mare Late For Lunch (by Good Thyne), have been competing as a combination since March 2018.

Because of Covid, they haven’t been too busy over the past couple of seasons and rounded off their 2021 campaign last June when 15th of 30, on their dressage score, in the CCI2*-L at Millstreet. There was a divide for second on 4.22 between David O’Connor, riding his seven-year-old home-bred Lougherne Cappuchino mare Tullymurry Hope, and Rachael Thompson with the previous weekend’s Balmoral Search For A Star winner, Lisa Rosbotham’s similarly aged Valent gelding, Govalent. Seventeen of the 50+ combinations were clear inside the time over the 1m track at Pre-Novice speed. Here, honours went to one of the senior riders, Philip Swann, who, in 4.49, was closest to the optimum time with his home-bred ISH gelding Entwistle Foxtrot (aka Massey) while 15-year-old Dungannon rider Erin Mathieson placed second with her mother Hilary’s Connemara gelding Longwood Dawn (4.47), a nine-year-old grey by I Love You Melody.

“Fast forward a bit more to 2003, I had my first win in the sportsman class at Tyrella on Rachel’s horse Honest Verdict. Then later that year I had my first three-day event at Tyrella. Wind the clock forward again to March 2022 and guess what, my first win on a horse I bred and broke and dicked about on, hunted and evented and then decided to take him and Tig (Tignabruaich, placed ninth) to Tyrella for the two-phase.”

For the record, Entwistle Foxtrot, who was evented for the past couple of seasons by Neil Morrison, is a nine-year-old bay by the German sport horse Lougherne Quick Step out of the non-winning US thoroughbred Deidamia (by Dayjur).

The 85/90cms class for senior riders was divided with Section A being won by Sarah Bradshaw and the Connemara gelding Lankill Lord Buí (5.04) with whom she is better known on the working hunter and dressage circuits. Purchased with Michael Kirkpatrick at Clifden in 2017, the now eight-year-old Ross Fear Bui gelding is out of the Matchmakers Lad mare Dolly.

Heather Champion filled the runner-up spot here with Drumcara Red (4.57), aka Basil, the 14-year-old Cyrano gelding on whom she finished fifth in the EI90 (Amateur) division at the Horse Sport Ireland/Eventing Ireland national championships in Lisgarvan last September.

Megan Stewart, a design engineer with Craigavon forklift company Hyster-Yale, divided the honours in Section B with Nicky Corr. The former partnered Sid (4.54), an eight-year-old gelding who she purchased as a project during lockdown and has competed on at unaffiliated events. Corr was on board Boodles (5.03), one of the many horses at his disposal at his Nicky Corr Equine Sales yard near Dungannon.

Just two combinations, well separated by time, completed without faults in the 30-runner junior class over the same track. Stopping the clock on the cross-country phase on 5.04, almost bang on the optimum, Lucy Knight was declared the winner on Kindred Spirit (aka Dakota), a 13-year-old skewbald gelding who has been competed up to EI110 level by the rider’s cousin, Leah Knight. Although she was around the course in 4.17, well under the optimum time, Katie Flanagan importantly completed on zero penalties with her mother Tanya’s Son Of Loki, a 13-year-old grey gelding on whom she recorded two EI90 (P) victories last season.

Second place here went to Kathryn Henderson and Betty (5.20) which is the stable name of Mocking Bird, the 12-year-old Builder’s Delight mare on whom Henderson has competed more or less regularly in EI90 company over the past five seasons since having their sole start at Tullymurry in July 2016.

Local rider Lauren Madine (16) recorded the only clear in the 14-runner junior class over the same track with the ex-Willie Mullins-trained Erica’s Joy who, in four starts in bumpers in 2020, had a best-place finish of second at Sligo’s August meeting.

A six-year-old gelding by Shantou, Erica’s Joy was bred by Mullins’s wife Jackie out of Gorgeous Sixty (by Touch Of The Blues) who was a winner on the flat and over jumps in her native France and was twice Grade 3-placed over hurdles in Ireland.

Home in 5.28 across the country, Sam Forbes finished second despite picking up four show jumping penalties on the ISH gelding The Duke, a newcomer by the Holstein stallion Lougherne Cappuchino. Purchased by Forbes’s mother Lynne as a three-year-old, the bay was bred in Co Down by Norman Walsh out of Jimble Imp (by Jimble).

A Go-As-You-Please over the three cross-country courses was held at Tyrella on Sunday when the Smith brothers and their team were among those who took on the inclement morning weather while others, who had opted for a lie-in, had much the better of the day in the afternoon.

Last night, the Northern Region held a Pre Season Ball in the La Mon Hotel & Country Club which gives partygoers a week to recover before the EI season proper commences next Saturday, March 26th, with the first of four Lightsource BP one-day events back at Tyrella. We see that Philip Swann has entered Tignabruaich in the EI100 (Amateur) class.