Title: AROUND THE COUNTRY: 25 teams vie for yard glory 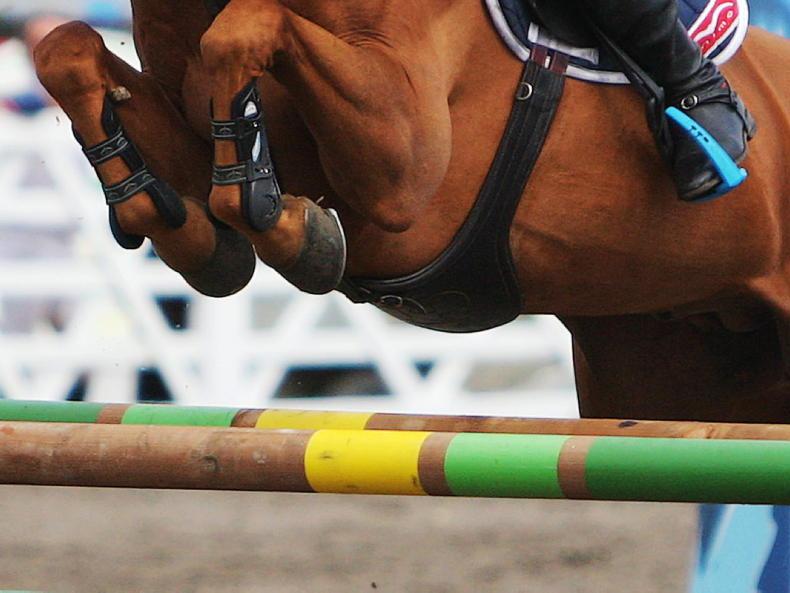 THE first Inter-Yards competition of the new year was held at Killossery Lodge Stud on Sunday with a total of 25 teams competing. The morning started with the uncontested cross poles where the Killossery Kings and Queens obviously took the full quota of points on offered.

Three teams got through to the 60cms jump-off. Slanduff Farm Cubs sent Rachel Westphal and Fred out first and they produced a lovely clear round as did team mate Maura Moore Mclune with Crofts Clover. Thornton Thunders produced a clear from Olivia Duffy but an unfortunate eight faults from Sue Byrne with Billy left them in second position. Killossery Know It Alls had some directional issues from Craig Ennis and Dean O’Neill which left them in third.

The 70cm was a competitive class with two teams going through to the jump-off. It was Killossery Koo Koos who went first with both Lola Birney on Cali and Katie Peacham on Milly jumping clear, putting the pressure on Thornton Titans’ Erica O’Neill jumped a fast clear while an unfortunate pole down for Fia and Penny Taylor left them in second spot.

The 80cms was seriously competitive with four teams through to the jump-off. First into the arena was Killossery Super Stallions. Abi Lawler on Blessington Willfly scorched around in a time of 28.90 while team mate Samantha Bretzer was only a little slower in 29.05 to set the standard which proved hard to beat.

The closest combination to them was Annamoe Stables when Harry McNally crossed the finish line in 29.63 and and Robyn Murray in 32.12.

The 90cm had three teams in the jump-off. First in Clodagh Gillic from Slanduff Farm Lions jumped a lovely clear, unfortunately team mate Grace Hanna had a pole down which proved good enough for second place. The class was won by Annamore Stables, both Heather McLoughlin and Sarah McNally jumped clear to take the win. Killossery Emmas Angels finished in third while Killossery Ros Rookies finished fourth and Thornton Super Rockets were fifth

The overall yard winners who went home with the large hamper and the trophy were Killossery and Thornton took the runner-up hamper.