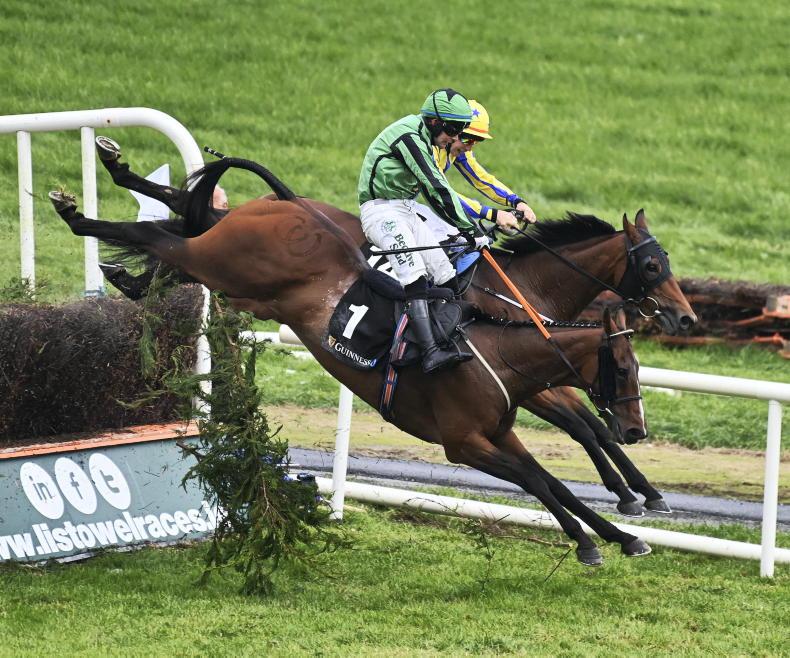 THE jumping action at Listowel whet the appetite for the start of the National Hunt season proper, which is now not far away, with several races shaping well on the clock and worth monitoring for runners over the next few weeks.

The feature race of the week went to Joseph O’Brien’s Bussleton (151) who led his field a merry dance from flag fall and was as strong at the finish as at any stage of the final circuit.

The five-year-old covered the final circuit quicker than the other chases on the card and finished to the same effect according to the finishing sectionals from the fourth last.

Quite whether he would have held the challenge of Hewick is debateable albeit at the same time irrelevant.

Either way Shark Hanlon’s gelding was about to post an outstanding performance to justify the lofty future targets his trainer has outlined. The seven-year-old looks an ideal candidate for the Grand National if allowed to take his chance.

Recite A Prayer (148) travelled strongly throughout and may prefer slightly softer ground while Gin On Lime (143) ran well equipped with cheekpieces for the first time.

Henry de Bromhead’s mare should be on the shortlist for the Munster National at Limerick, a track where she has excelled at in the past.

On the same day, Amir Kabir (134) clocked the fastest time over hurdles, taking advantage of the ferocious gallop set by Uncle Phil and Bold Approach.

However, the race to focus on may be the three-mile hurdle as Macgiloney (135) covered the final circuit quicker than the novice hurdlers, despite racing another mile. I would recommend a tracker entry for the first five.

The week began on the Sunday with Easy Game (134+) recording back-to-back wins in the Kerry Group Chase, sauntering to victory in the hands of champion jockey Paul Townend.

Although there is little substance to the feature race, it is a guide to the performance of Chemical Energy (133) in the novice chase.

Gordon Elliott’s six-year-old recorded a first win over fences at the second attempt in a time-figure close to Easy Game when adjusted for the distance and covered the final circuit just a second slower.

Mattie’s Mountain (131) went on to frank the form later in the week when chasing home Sil Ver Klass (140), which incidentally was also strong on the clock.

The final races for analysis this week are the two-and-a-half-mile contests on Sunday won by Nikini (128+) and Highland Penny (128). The overall race time points to Highland Penny running quicker, although this is reversed when viewing the final circuit and closing sectionals in isolation as Willie Mullins’ mare was a second quicker in winning easily.

Eyecatchers of the Week

Nostrum (108+), Newmarket, Thursday, September 22nd: confirmed the promise of his debut to put himself in line for a possible tilt at the Dewhurst Stakes.

Flame Of Eire (94+), Listowel, Thursday, September 22nd: still progressing and again obliged with something to spare.

Eternal Pearl (108+), Newmarket, Friday, September 23rd: was value for more than the winning margin and heads to Ascot for the Fillies And Mares Stakes on Champions Day.