Title: An emotional victory for the Watson family as Illusion Of Time lands his maiden 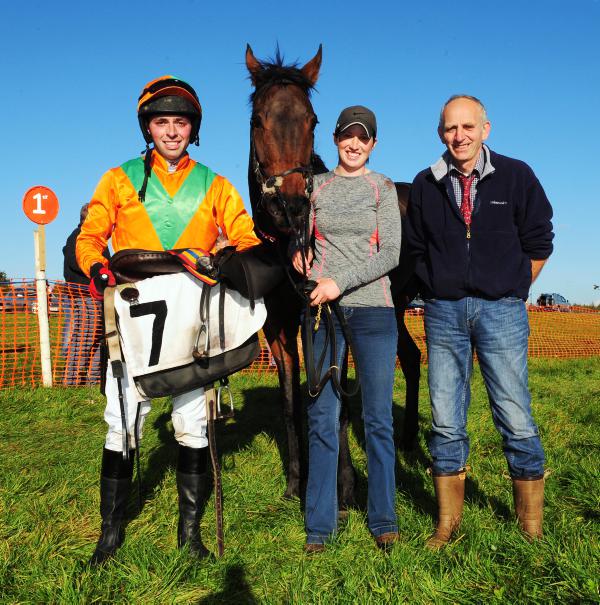 “IT was a wee bit emotional alright,” said Marshall Watson of his win on Illusion Of Time, who he also trains, in the concluding older geldings’ maiden for novice riders at Loughrea last Sunday.

The six-year-old St Jovite bay ran in the colours of Rodney Watson whose sudden death last month rocked the racing and hospitality industries throughout the country. “Unfortunately, I never had a winner here for Rodney when he was with us,” added Marshall whose father Keith was a cousin of the Enniskillen hotelier.