The Grade 1 Hill ‘n’ Dale Metropolitan Handicap is the latest prize landed by the star colt many consider America’s best racehorse in training in 2022, Flightline 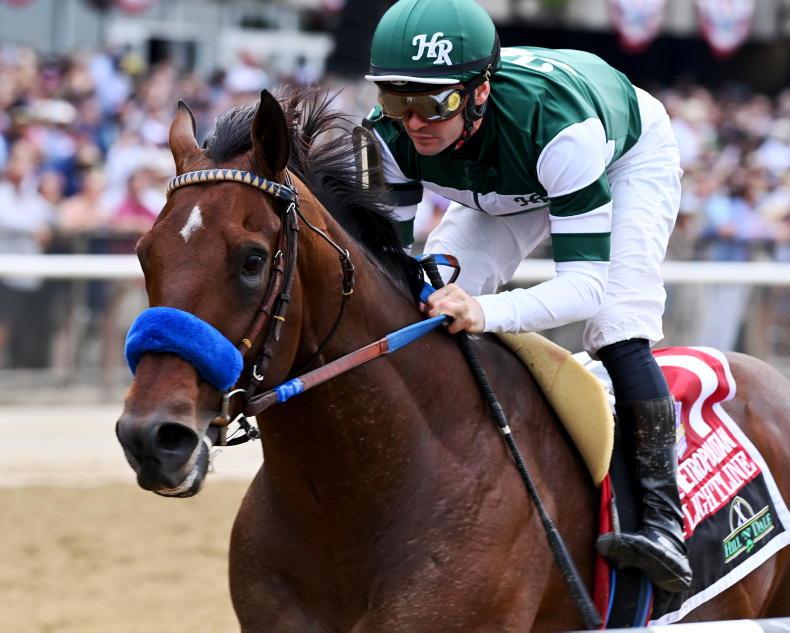 TERRY Finley bounced around the owners’ boxes about 10 minutes before the Belmont Stakes, still beaming from what he’d seen almost two hours before.

“They don’t make many like that,” said Finley, head of the partnership West Point Thoroughbreds. “It’s like he has an unfair advantage.”

Flightline overcame a slow start and some early traffic to turn the Met Mile into a six-length victory over the Grade 1-winning trio of Happy Saver, Speaker’s Corner and Aloha West. The 2/5 favourite improved to four-for-four in the race widely considered a ‘stallion-maker’ and did it geared-down late by Flavien Prat.

“He’s just an incredible horse,” Prat said. “Congratulations to John (Sadler) and his partners. They’ve done a great job with him. The way he handled himself once I was behind horses, he was comfortable and I was happy where I was. It feels great (when he hits his best stride). It seems the sky is limitless and it’s been a real pleasure.”

Winning trainer John Sadler didn’t like what he saw early – Flightline one and a half lengths behind Speaker’s Corner after that tardy beginning – but marvelled at the $1 million Fasig-Tipton Saratoga Select Yearling Sale purchase from 2019.

“He overcame trouble, that’s the storyline,” Sadler said. “He had a rough trip and took up a couple times but still circled around and proved much the best.

“When I saw him behind early, I wanted to throw up on myself. But you’ve got to watch and see what happens. I thought when he got him going clear in the turn when he went up in that horse, I thought we’d be in good shape. Flavien says distance is no issue and we want to try two turns. That’s in the plans. But we go one step at a time. He’s lightly raced. This is his first start this year.”

Kosta Hronis of Hronis Racing indicated that the Grade 1 Pacific Classic at 10 furlongs on September 3rd at Del Mar could be Flightline’s next start, with the Breeders’ Cup Classic at the same distance at Keeneland the ultimate goal.