Godolphin, who bought the top four lots on Day 1 of the Tattersalls Craven Breeze-Up Sale, secured three of the top five on Day 2 including the 575,000gns session leader 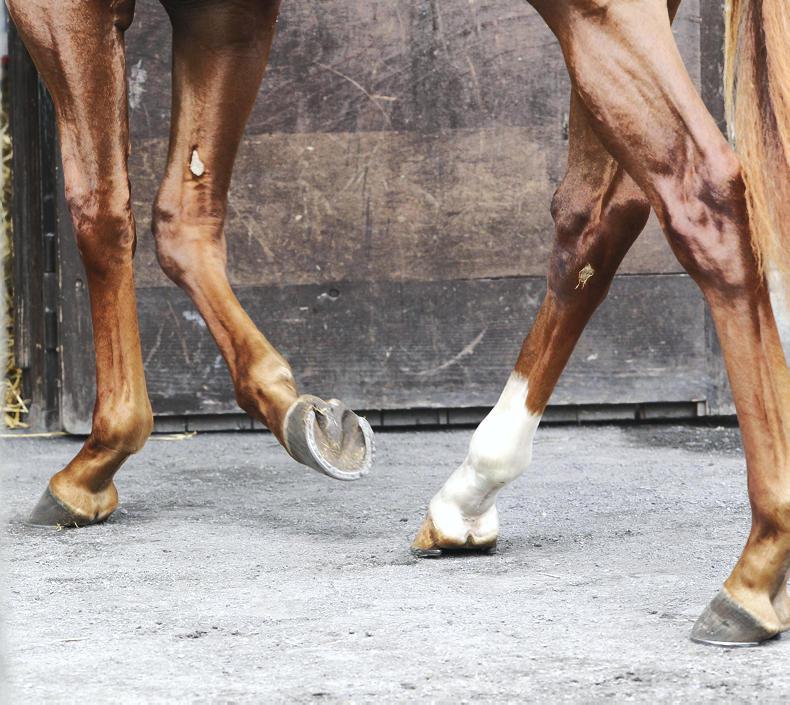 Norman Williamson’s Oak Tree Farm, vendors of the top lot, offered the colt out of Group 3 winner and Group 1 Prix Vermeille third Mare Nostrum. The half-brother to the Group 1 winner Erupt was purchased by Godolphin, with Justin Casse the underbidder.

The colt did a great breeze, all the more meritorious as his rein snapped through the piece of work meaning the gallop could not be completed successfully. A new rein was found and the colt breezed for a second time, putting in a strong time and a good performance.

"He showed a remarkable temperament to essentially breeze twice and did a good breeze the second time," said agent Anthony Stroud. "He looks a lovely colt, is from a strong Niarchos pedigree and Norman does a great job producing these horses."

Williamson, who purchased him as a yearling for €90,000, said: "He proved that he is a good sound colt, he did a fantastic breeze, he is a lovely horse. I have been lucky with the breeder before – I sold War Of Will last year."

A son of War Front, War Of Will was a Grade 1 runner-up last September, finished fifth in the Grade 1 Breeders' Cup Juvenile Turf, and was successful at Grade 2 level in February. He is trained in the US by Mark Casse, having been purchased by his brother Justin - and today's underbidder – last spring.

Late in the evening, US-based bloodstock agent Sam Wright secured the Grove Stud consigned Shamardal colt out of Patronising on behalf of Hong Kong based clients.

"I was delighted to get the chance to buy a Shamardal last year," said Grove Stud's Brendan Holland after selling this colt by the sire for 340,000gns. He bought the colt for 150,000 guineas at Book 2 of the Tattersalls October Yearling Sale.

"I had sold a filly by Shamardal before and she went on to be a Group 1 winner for Roger Varian.

"I knew this family really well too – Kevin Lynch had Hoity Toity and bred Lillie Langtry and Count Of Limonade and he is just a mile away from us at home."

Colts by the 2000 Guineas winner Night Of Thunder have been popular this week and Houghton Bloodstock’s one out of the Authorized mare Permission Slip was sold to Godolphin for 300,000 guineas. In total the sire had four lots sell this week for a total of 1,020,000 guineas at an average of 255,000 guineas.

This colt, who was a €65,000 yearling purchase, is from the family of the champion two-year-old filly and Group 2 Queen Mary Stakes winner Bint Allayl and the Group 3 Jersey Stakes winner and successful stallion Kheyelf.

Cian Hughes’ C H Thoroughbreds enjoyed a stunning pinhooking success when selling their Competitive Edge filly for 280,000 guineas. The daughter of the Group 3-placed mare Hug And A Kiss was knocked down to Daithi Harvey, on behalf of Lindsay Laroche, having been purchased as a yearling for €32,000.

"I was in the US and saw some by the sire and thought they were nice horses," explained consignor Cian Hughes. "Her page caught my eye in the yearling catalogue – her dam was Group 3-placed in France – so I took a look at her. She is a lovely filly and I did not think we'd buy her.

"She is a real two-year-old type, but I have not been hard on her, I like to mind them."

The filly was the sole lot brought to the sale by Hughes, who said: "I knew from working with Jim that I had to bring a nice one here."

Harvey Bloodstock’s Daithi Harvey commented; "She is a gorgeous beautiful filly. She did a good sectionals, but is also out of a mare rated 107, who was a 10-furlong performer so we hope she'll train on as a three-year-old too.

"She goes to trainer Gavin Cromwell and is for Lindsay Laroche, who had Princess Yaiza with Gavin. Lindsay is building up a breeding programme, hopefully this filly will get some stakes form and be able to join the broodmare band."

"We deliberately catalogued fewer two-year-olds than last year and understandably the turnover has reflected this decision, but it was definitely prudent to keep a tighter rein on the numbers.

"The sale has as ever produced some outstanding pinhooking successes, most notably Tally Ho Stud’s outstanding 850,000 guineas Kingman filly who is the highest-priced filly ever sold at a European breeze-up sale, and it has been encouraging to see new faces from Hong Kong and the USA participating as well as a significant number of buyers from throughout the Gulf region active at all levels of the market.

"Trainers have also responded positively to the new £15,000 Tattersalls Craven Breeze-Up Bonus and we look forward to rewarding owners for their confidence in the Craven Breeze-Up as the season unfolds.

"In the meantime we look forward to the forthcoming Tattersalls Guineas Breeze-Up and Horses in Training Sale which features a further 172 quality breeze-up two-year-olds and 132 horses in training." 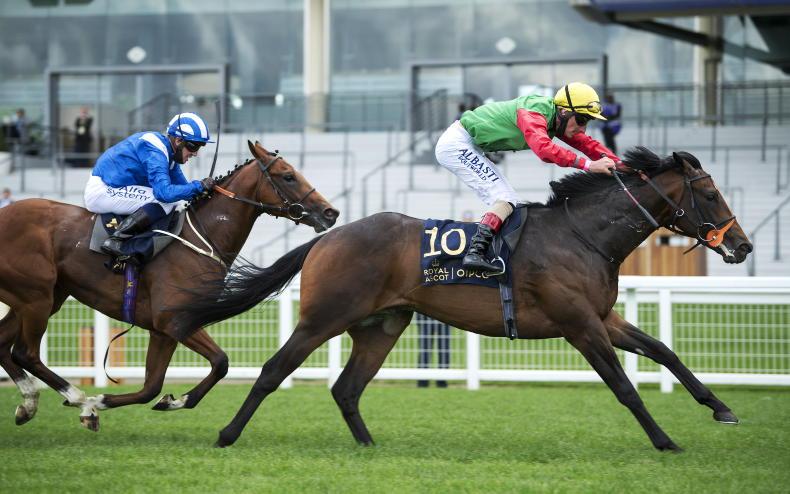 Irish Field Contributor
Invincible Spirit fee reduced by 20%
Commercial breeders given a chance to breed to one of the best, as INS publishes its 2022 fees 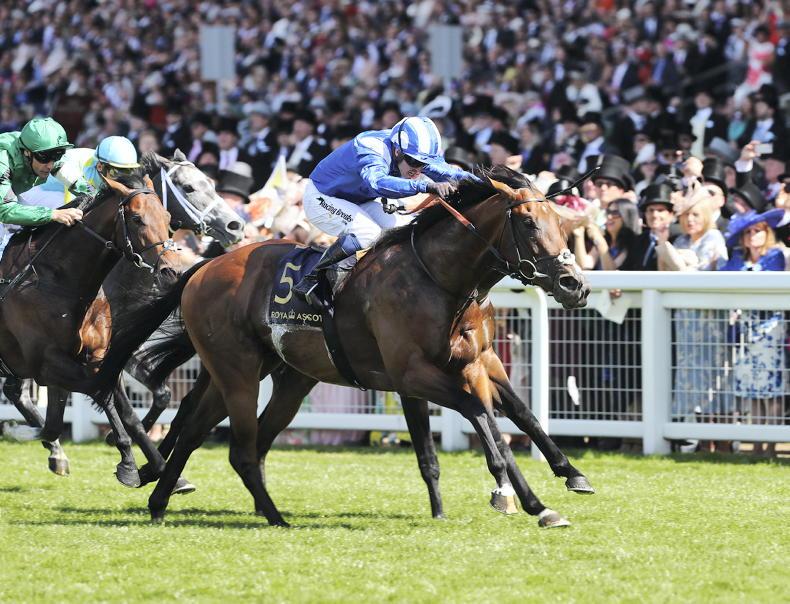 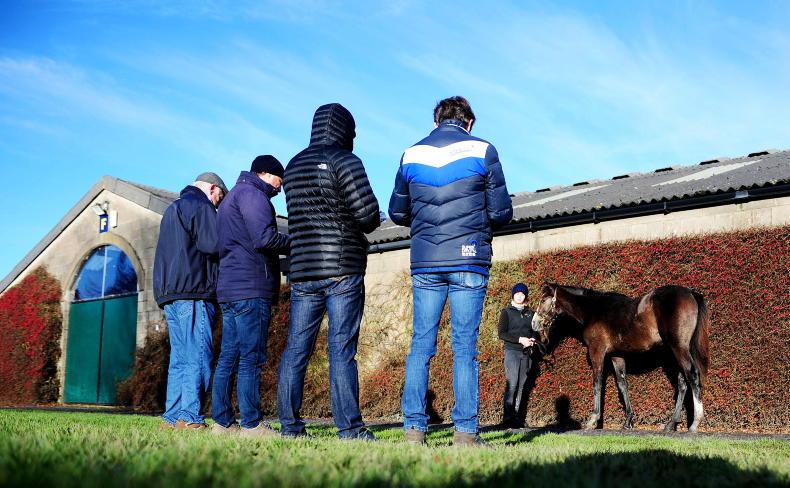 TATTERSALLS NH SALE: Comments and selected lots
Ryan McElligott gets a view from some leading buyers and selects a few notable lots from the sale 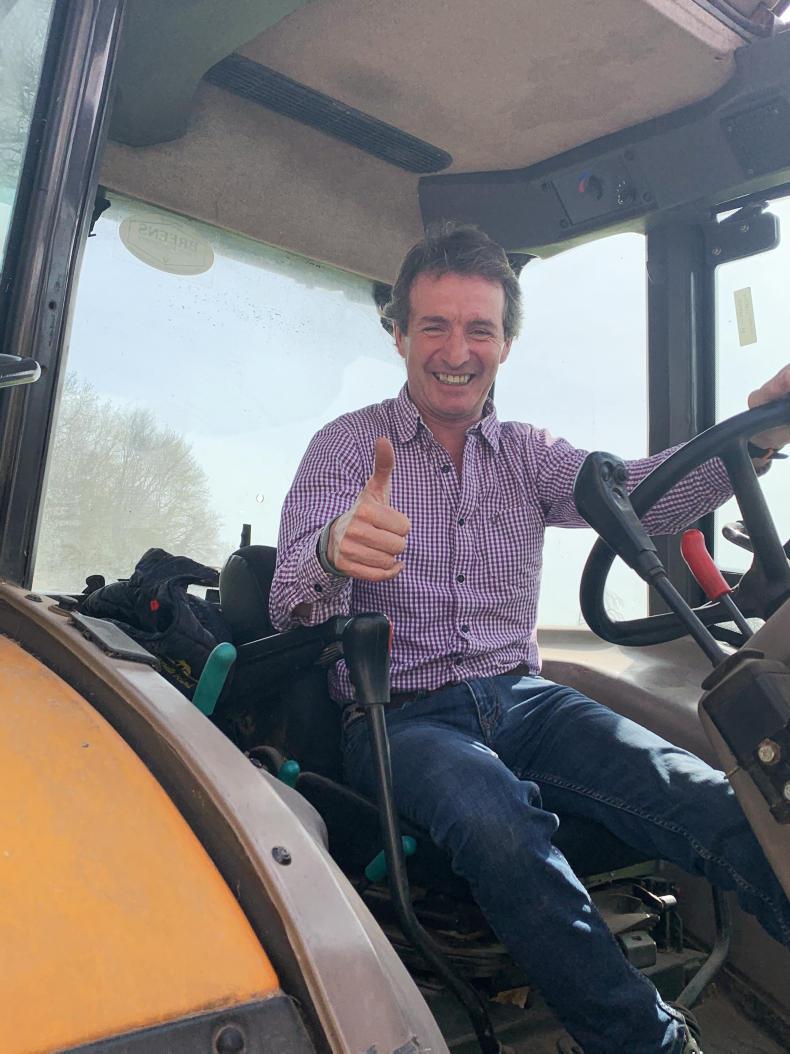 NICK NUGENT: Racing can't barge to front of queue
It's a very difficult time for breeze-up vendors; Nick is canvassed to sell another kind of four-legged animal